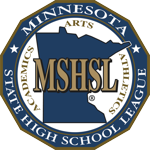 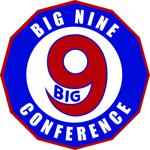 We had a few parents ask about apparel that are new to the program. Using the link below you can access our team store until April 22nd. If you are a Senior I can not guarantee that these items will make it here before seasons end. For players needing a practice pinnie or those that want the new ones they are available in the store below.

Here is the season schedule:

Below is the bus departure schedule for 2022. Remember everyone MUST ride the bus unless they have a signed waiver approved by the athletic department 24 hours prior to the game.

I attached the team rules/lettering criteria to this email again. Please review them if you have not seen them. I will add a 24-hour rule for any discussion a parent wants to have with the coaching staff. This allows time for all parties to cool down and take the emotion out of our conversations. On Varsity we will play the players that provide the team with the best chance for success. JV will get everyone in on a rotation.

We will have a film session and game plan walkthrough on Saturday the 16th from 1:30-3:30pm at Mayo on the turf and in the Mohlke center. We will start in the Mohlke center and then head outside to the turf. Players will need helmets, gloves, and sticks. This will be the last Saturday practice for a while.

Practice tonight and Friday will be filmed so that we can critique our offensive sets and clear before the first game Monday at Owatonna. Let’s finish the week strong and be prepared for game day Monday!

Have a great day, see you all tonight, and GO SPARTANS!

d paulson Photography will be doing our team photos again this year and it will be online with the same ordering process as last year.  You will be able to view the photos before ordering and order at your convenience online or on your phone.  In addition, photos will be delivered directly to your home.

THE FIRST THING THAT YOU NEED TO DO IS TEXT THE CODE BOYSLAX22 to 90738.  You will then get a text notification when the photos are uploaded to the gallery and ready to view and purchase

Photos will be available for order through August 31, 2022

If you have questions, please contact Don Paulson at:

Welcome to the Mayo Boys Lacrosse Page for 2022.

Lacrosse is a timeless game dating all the way back to the 17th century. Originally known as "stickball," lacrosse was first played by Native American Indians. Stickball events went on for several days bringing in hundreds of thousands of players. Early lacrosse players were said to take on the role of warriors bringing honor to their tribes with a win. These warriors in the United States were mainly found on the east coast. Lacrosse is now considered one of the fastest growing sports throughout the country. Once considered mainly an east coast sport, lacrosse is now soaring in popularity along the west coast as well.

We're going to make a guess that you're probably not a warrior bringing honor to your tribe today so we decided to give you 6 great reasons to play lacrosse!

Lacrosse is an intense sport with high levels of activity. Players must have speed and strength to be able to run up and down the field. One of the most beneficial things about the sport is this high level of activity's effect on the body. Playing lacrosse forces the body to burn many extra calories during the high intensity training. When these calories are burned, stored fat is used for energy thus breaking down the fat leading to weight loss. Catching the ball with the lacrosse stick and being able to throw it to the goal with force requires a substantial amount of strength.  No need to hit up your local H.I.I.T center if you play lacrosse.

Not every team sport necessarily promotes teamwork as much as Lacrosse does. Players strategize, train and score together. Many times friendships on the field transfer to friendships off the field. Many players form deep bonds that actually help them play better in games. Building these relationships on and off the field helps players develop lifelong skills. Teamwork teaches players to learn to cooperate with one another, take responsibility for actions and perform together to reach a higher goal.

Lacrosse is a fast paced game of agility and strength. The high demand for this strength and speed naturally builds endurance. Players have to run up and down the field following the play. Since the skills of hockey, basketball and soccer are all rolled into sport when it comes to lacrosse, the body is pushed past its limits creating great endurance.

Working together lacrosse players learn field strategy and vision. Strategizing is a part of any team sport as players find ways to score or play defense. Offensive strategies include never standing still, making sharp quick passes, catching every pass moving towards the ball and always having a man behind the net as a back up. Defensive strategies include forcing the defensive player's move to be lateral, staying low, keeping eyes on the opponent's chest instead of his feet and forcing the player to use their weak hand.

Any organized sport requires discipline to attend practices, focus on the game and endure rigorous training. Lacrosse teaches through these things as well as winning and losing as a team. A player learns to accept defeat and remain humble in winning. If a player lacks discipline they might find themselves on the bench learning to respect their teammates and the game itself.